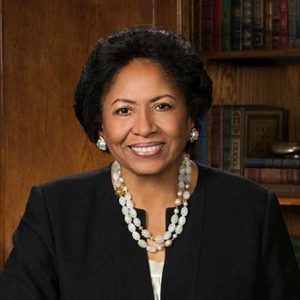 Ruth J. Simmons is an inaugural member of DRK’s Strategic Advisory Board to provide critical insights and expertise on the challenges facing our global society today, and to help the board and the senior management team align its efforts to support our portfolio entrepreneurs as they tackle some of the world’s most complex problems.

Ruth currently serves as President of Prairie View A&M. She was President and Professor of Comparative Literature and Africana Studies at Brown University from 2001-2012. Under her leadership, Brown made significant strides in improving its standing as one of the world’s best research universities.

After completing her Ph.D. in 1973 in Romance Languages and Literatures at Harvard University, she served in various faculty and administrative roles at the University of Southern California, Princeton University, and Spelman College before her appointment in 1999 as President of Smith College, the largest women’s college in the United States. She launched a number of important academic initiatives at Smith, including an engineering program, the first at an American women’s college.

Simmons is the recipient of many honors, including a Fulbright Fellowship to France, the 2001 President’s Award from the United Negro College Fund, the 2002 Fulbright Lifetime Achievement Medal, the 2004 Eleanor Roosevelt Val-Kill Medal, the Foreign Policy Association Medal, and the Centennial Medal from Harvard University. Simmons is a member of the National Academy of Arts and Sciences, the American Philosophical Society, and the Council on Foreign Relations. She serves on a number of non-profit boards, including the Smithsonian National Museum of African-American History and Culture, the Holdsworth Center, and the Museum of Fine Arts, Houston. Awarded numerous honorary degrees, in 2011, she received the Brown faculty’s highest honor: the Susan Colver Rosenberger Medal. In 2012, the president of France named her a ‘chevalier’ of the French Legion of Honor.