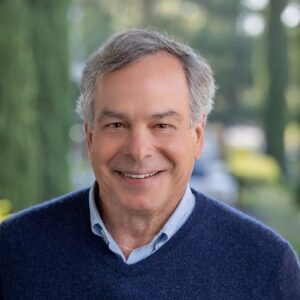 CEO, DRK and Member, DRK Board

Jim works with the team to expand and manage the portfolio & pipeline, build the donor and talent base, and develop thought leadership for the foundation. He currently sits on the board of DRK grantees JUST Capital, Pérez Art Museum Miami, The Africa Center, and Uptrust. He previously served on the boards of DRK grantees CAST, Collaborative for Fresh Produce, EducationSuperHighway, IDEO.org, Landed, OpenBiome, Open Up Resources, Service Year, SIRUM, StriveTogether, TurboVote/Democracy Works, The Earth Genome, The Empowerment Plan, The GroundTruth Project, and Worldreader.

Jim is also an Adjunct Lecturer in Public Policy at the Harvard Kennedy School and a Senior Research Fellow at the Hauser Institute for Civil Society and the Center for Public Leadership at Harvard University.  At the Kennedy School, his research interests include understanding the role of private capital in solving public problems, extending the capacity of foundations to solve complex societal issues and the sustainability of public and private systems when governments disinvest in these systems.  His course load includes Social Entrepreneurship/Social Enterprises 101: How to Go From Start Up to End Up (MLD 836).

Among his other board affiliations, he is a trustee of The Kresge Foundation, The Non Profit Finance Fund, The Public Citizen Foundation, the Health Foundation for the Americas, New Jersey Performing Arts Center, The Newport Festivals Foundation, Trustee Emeritus at Case Western Reserve University, an Overseer Emeritus of the Boston Symphony Orchestra and a member of the executive board of WBUR (Boston Public Radio) and an Overseer of WGBH Public TV and Radio.  He also serves on the boards of ROCA, Inc., Baroo, Inc., Fox Islands Wind, LLC, the EBSF Loan Fund, the Island Institute and Coastal Innovation Loan Fund, Blueprint Schools and the Lizard Island Research Foundation in Australia.  He is a member of Young Presidents/World Presidents Organization and a member of the Chief Executives Organization.

Jim is a nationally recognized lecturer, panelist, and speaker on nonprofit organizations, social enterprise, capitalization and the institutional role of philanthropy in solving complex societal issues.  His prior experience includes 22 years in the private sector including as a consultant at Deloitte and serving as the CEO of two public companies.  Jim’s government service includes serving as a legislative aide and speechwriter in the United States Senate, a run for the NJ State Assembly, election to two terms as a Selectman in Manchester by the Sea and an appointment by the United States Secretary of Health and Human Services to the Advisory Panel on Medicare Education of the Centers for Medicare and Medicaid Services of the Department of Health and Human Services.

Jim has written numerous articles, op-ed pieces and commentaries for newspapers, magazines and radio including NPR’s Morning Edition, The Boston Globe, The Boston Globe Sunday Magazine, The Chronicle of Philanthropy, Pittsburgh Post-Gazette, Hampshire Daily Gazette and Inc. Magazine.  A lifelong sailor and pilot, he has published two recent books, A Visual Cruising Guide to the Maine Coast, published by McGraw Hill in May of 2006 and A Visual Cruising Guide to Southern New England, published in November of 2009.

Jim earned his AB from Dartmouth College, his MPA from Harvard, his J.D. from Case Western Reserve School of Law and an M.F.A. from Lesley University.  He is a member of the Bar of the Commonwealth of Massachusetts.  In 2008, Jim was awarded the Dartmouth Alumni Award for service to the College and to his community.