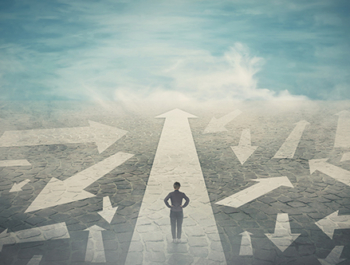 Instead of Disruption, Leverage What Already Exists

For as long as most of us can remember, social enterprises and social movements have sought to disrupt systems from the outside or to make fundamental policy changes from the top down. But while these tactics have often worked in the past, their increasing lack of efficacy in today’s world suggests the need to rethink their allure in favor of new strategies that leverage what already exists, in order to bypass the dysfunction that constrains change at almost every level.

To be honest, this realization was a surprise to us. Like so many others, the allure of disruption and systems change from the top down was hard to ignore, until the facts showed us something had changed. And it was undeniable.

It began when we at the Draper Richards Kaplan Foundation saw that some of our most recent portfolio organizations were not only focused first on understanding the ecosystem surrounding the problem they were addressing (and specifically taking inventory of the existing infrastructure and distribution channels and repurposing them, as imperfect as they might be), but they were having greater success in creating lasting change. When we examined the impact of more than 30 of our most impactful portfolio organizations, the data was unequivocal: organizations focused on leveraging existing infrastructure and distribution systems had nearly three times greater direct impact than organizations focused on disruption as their primary lever. (In fact, the cost per direct life impacted by these “leverage-first” organizations was fifteen times less expensive than those who tried to disrupt the system from the outside.)

What became abundantly clear was that change from the top down—new policies, new programs, new funding—was simply unattainable in the toxic and polarized political environment that has become the new norm, inhibiting new social policies from being enacted (let alone the funding mechanisms needed to pay for them). And the same was true for organizations that tried to disrupt from the outside—they too often failed to attract adoption or capital to last long enough to see the disruption take hold.

Simply stated, government’s inability to create profound change requires both funders and the organizations they support to adopt a different way of thinking about problems and their solutions. It requires a new set of analyses to be done when considering solutions that address deeply rooted societal inequities: Instead of seeking to disrupt and radically re-construct the ecosystems, infrastructure, and co-dependencies that exist around the sectors you are focused on, we need to make an investment upfront in understanding them. In this way, we can understand where an innovation or solution sits in the broader system, what co-dependencies exist that must be dealt with, and what critical linkages and pathways between entities need to be made.

Finding Leverage in the Criminal Justice System
In 2016, we convened and talked with a number of former US attorneys, state and local prosecutors, judges, sheriffs, and chiefs of police to better understand where organizations working in the space could truly make a long-lasting impact. As we better understood and mapped the various stages, actors, and dependencies, we determined that efforts to transform the systemic policies that govern charging decisions—the so-called “smart on crime” movement–were too dependent on political decisions and externalities that had little to do with the criminal justice system itself and everything to do with who was in power at a moment in time. As a result, over and over again, efforts over years were wiped out in months, leaving those most vulnerable without meaningful change in their lives. This led us to focus our investment lens on what would stick over time, regardless of shifts in administrations: focusing on organizations that were working on keeping people from getting into the system at all and, equally important, working on keeping people that had been in the system or were ready to be released from getting back into the system once released.

For example, we supported Advance Peace, Detroit Justice Center, Essie Justice Group, Public Rights Project, and many others who have made enormous impacts on individual lives, even as radical shifts in federal and state criminal justice policies dramatically increased incarceration. Rather than seeking to transform the criminal justice system, the organizations we invested in worked within the system to keep people out of it (or from recidivating back into it) by providing greater intervention prior to being charged and by providing significant support to individuals prior to their release to give them better grounding to survive outside of these institutional systems.

We also saw that much can be accomplished by working within a system to enable it to better serve the people in it. For example, many of the agencies charged with criminal justice adjudication, probation, and parole responsibilities fundamentally lack the resources necessary to execute their mandates. In many cases, it isn’t that these agencies wanted to keep individuals incarcerated that otherwise qualified for conditional release; instead, many who want to fulfill their legislative responsibility simply lack the data and tools to do so. For example, calculating someone’s sentence often means collating decades of quasi-retroactive sentencing enhancements and reforms and reconciling them with courts and county records; individuals who are eligible for early release are often unaware, or unable to prove it. Recidiviz, an organization we invested in in 2020, works with 10 states (and counting) to provide agencies with the data they need to identify and release eligible individuals. These agencies welcomed the help, and the results speak for themselves: To date, Recidiviz has been responsible for helping these agencies release 65,000 individuals who were eligible by statute but had become invisible and would otherwise have remained incarcerated. Recidiviz didn’t need to radically disrupt the system to have immediate effect; it just needed to provide the data to execute agencies’ existing authority.

In Education
We see the same thing in organizations focused on educational attainment. For example, Kinvolved, now a part of PowerSchool, didn’t try and disrupt public education or radically change curriculum to improve outcomes. Instead, it focused on mitigating the chronic student absenteeism that prevented any educational attainment at all. After all, students who don’t attend school cannot avail themselves of any improved curriculum. Kinvolved’s solution was to work with existing schools to provide real-time information to parents, guardians, and the schools themselves of who didn’t show up so that real-time intervention could take place. The result? Kinvolved’s intervention in the front end resulted in reports of 10 percent higher daily attendance on average and an 8 percent decrease in chronic absenteeism in its partner schools, changing the long-term trajectory of hundreds of thousands of students forever.

And in Health
We saw similar impact with organizations focused on connecting individuals with the benefits they are entitled to, particularly people who are eligible for health benefits (but who have become systemically “invisible” to the health system). Estimates place the number of so-called “invisible” individuals north of 15 million. Organizations like bosWell, Fabric Health, Live Chair, and many others work to find these individuals in their neighborhoods by reaching out to them where they are rather than where the system thinks they should be. The outreach includes caseworkers and advocates being positioned at food pantries, barber shops and salons and laundromats to name a few targeted neighborhood locations.

In work like this, there is no disruption taking place. The health providers want to find these beneficiaries and the providers have a system in place to deliver services to them; they just need to know who they are. These start-up organizations are not creating new health systems; they are simply providing a critical linkage connecting individuals to the providers responsible for delivering services to them. The capital costs to do this work is a fraction of what a new system would cost or the cost of creating new facilities, and more importantly, the execution risk is minimized.

The Takeaway
Relying on governmental partnerships in a politically polarized world is at best, risky. Our takeaway is to rely instead on existing programs, infrastructure, and funding and repurpose it as needed. And this trend is not just a phenomenon in the US. We see it in Africa, India, and Europe as well, with organizations are working on the front lines providing so-called “last mile access,” access to representation within existing legal systems, and activities to ensure government compliance with their own existing regulations, to name just a few of the targeted areas (organizations including Indus Action, BarefootLaw, Food For Education, Accountability Counsel, and so many more). Their success rates are a powerful reminder that successful innovation and its implementation are wholly dependent on effective distribution. Getting benefits and services to the people who need them doesn’t happen automatically. Starting with some system in place and/or creating access to existing governmental benefits, rights, and remedies is a game changer in making things happen. Without it, nothing happens at all.

Not all complex societal problems can be fixed by working within systems, of course; many cannot. But in a world where policy change from the top down or from the outside is often impossible, another approach should be considered, especially for organizations seeking to get the most immediate impact for the resources they have. Organizations that look hard enough will find the pathways that exist. Our recent experience shows that those who do create even greater impact at a fraction of the cost, without sacrificing any time to achieve this result. In a world where help is often in short supply, seeing these repurposed pathways take hold is game-changing.