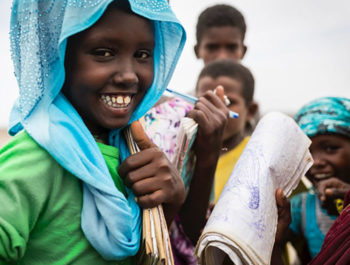 Sixteen years ago, Sasha Chanoff, founder of RefugePoint, faced a decision that could mean life or death for 144 people. Chanoff, then 29, was working for the International Organization for Migration. He was in the Democratic Republic of Congo on a mission, negotiated by the United States government, to arrange safe passage out of the country for 112 refugees — ethnic Tutsis who had been imprisoned, raped and beaten, and had witnessed family members massacred.

His instructions were clear: Get just those people out. Any attempt to save others could jeopardize the mission.

Once in Congo, however, Chanoff and his colleague Sheikha Ali discovered 32 more women and children, some close to starvation, in a tent outside the main compound. Many were almost certain to die if not evacuated.