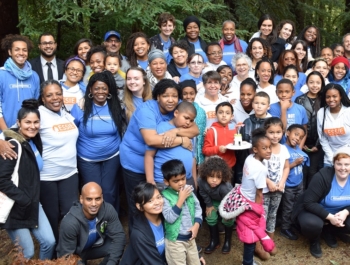 As a public defender in New York City, Gina Clayton realized the cash bail system used in most state courts across the country was placing a heavy burden on women. “I wanted to know what mass incarceration was doing to women in this country,” Clayton, 34, recalled at her grandmother’s home in Venice. And she wanted to find a more meaningful way to help, she said.

So she founded the Essie Justice Group, a support network for women whose loved ones are in prison. The organization has been one of several civil rights and advocacy nonprofits that have pushed a hotly debated state legislative package to overhaul how courts grant offenders bail before trial in California.