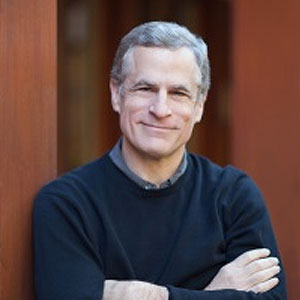 Robert Steven Kaplan served as the thirteenth president and CEO of the Federal Reserve Bank of Dallas from 2015 to 2021 and represented the Eleventh Federal Reserve District on the Federal Open Market Committee and oversaw the 1,200 employees of the Dallas Fed. Rob was previously the Martin Marshall Professor of Management Practice and a Senior Associate Dean at Harvard Business School.
He is the author of several books, including “What You Really Need to Lead: The Power of Thinking and Acting Like an Owner;” “What You’re Really Meant To Do: A Road Map for Reaching Your Unique Potential;” and “What to Ask the Person in the Mirror: Critical Questions for Becoming a More Effective Leader and Reaching Your Potential.”

He serves as co-chairman of Project A.L.S. and is also a board member of Harvard Medical School.

Rob previously served on the boards of State Street Corporation, Harvard Management Company, Bed Bath & Beyond and Heidrick & Struggles International, Inc. He was also a trustee of the Ford Foundation, founding board chair of the TEAK Fellowship, co-founder and chairman of Indaba Capital Management, LP and chairman of the Investment Advisory Committee at Google, Inc.

He was appointed by the Governor of Kansas as a member of the Kansas Healthcare Policy Authority Board. Born and raised in Prairie Village, Kansas, Rob received a bachelor’s degree in business administration from the University of Kansas and an MBA from Harvard Business School.