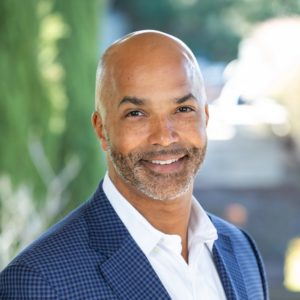 As a Managing Director of the Foundation, Carter Stewart plays a lead role in sourcing new investments and working with the leadership of those organizations as an operating partner and board member as they grow to build capacity and to achieve their maximum impact. As a member of the Foundation’s senior leadership team, he also helps to execute the Foundation’s strategy and goals and contributes to its thought leadership and external outreach.  Carter currently serves on the boards of DRK portfolio organizations Arts for Healing and Justice Network, Coalfield Development, Detroit Justice Center, MORTAR, Partners for Justice, and Public Rights Project. He previously served on the board of DRK grantees Advance Peace, The Common Market, Fathers’ Uplift, Justice Rapid Response, Measures for Justice, Power of Two, Ruling Our Experiences (ROX), Uptrust, and Wash Cycle Laundry.

Prior to joining DRK, Carter served as the presidentially-appointed United States Attorney for the Southern District of Ohio. In this role, he was responsible for prosecuting federal crime in a district that included Columbus, Cincinnati, and Dayton. Carter emphasized deterrence, crime prevention, and alternatives to incarceration in his work. He created the district’s first diversion program, first community outreach position, and he established a community leadership committee geared toward building trust and improving communication between the public and law enforcement.

Carter took a leadership role at DOJ in addressing inequities in the criminal justice system through his work raising awareness about the school to prison pipeline and by chairing a working group of U.S. Attorneys focused on reducing racial disparities in the federal system. Carter also served on the Attorney General’s Advisory Committee and chaired the Attorney General’s Child Exploitation Working Group. He previously served as an Assistant U.S. Attorney in San Jose, CA, and he was a litigator at Vorys, Sater, Seymour and Pease LLP in Columbus, OH, and Bingham McCutchen LLP in San Francisco, CA.

Prior to law school, Carter was a New York City Urban Fellow and then taught history at Friends Seminary High School and in the Prep for Prep program.

Carter received a JD from Harvard Law School and holds an MA in Education Policy from Columbia University and received his undergraduate degree in Political Science from Stanford University. After law school, Carter clerked for the Honorable Robert L. Carter, U.S. District Judge in the Southern District of New York, and the Honorable Raymond L. Finch, U.S. District Court Judge for the District of the Virgin Islands.