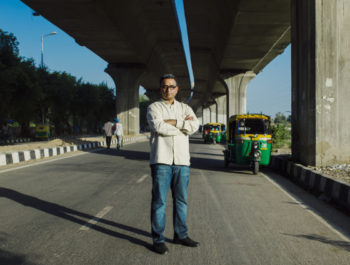 Saving Lives on the Dangerous Roads of India

A tragedy spurred Piyush Tewari, founder and CEO of SaveLIFE Foundation, to examine road-accident deaths in India. What he found was shocking: the country has the world’s most dangerous roads, with more people dying in traffic accidents than in China, which has more cars and a bigger population. According to the latest Indian government figures, 134,513 people died in road accidents in India in 2010; the comparable figure for China was less than half that at 65,225, while for the U.S., it was less than 40,000. Estimates from doctors cited by India’s Law Commission suggest that 50% of these deaths could have been averted had the victims received timely medical care. “Something had to be done,” says Tewari, “and it had to be done institutionally.”